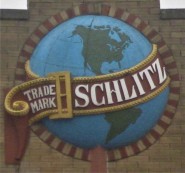 He threw himself on me and for the first time I spoke his name. “Lewis!”

He was naked, I was naked, and I felt no constraint; he couldn’t hurt me by looking at me, for he didn’t judge me, didn’t compare me. From head to toe, his hands were learning my body by heart. Again, I said, “I like your hands.”

“All evening I’ve been wondering if I’d feel them on my body.’

“You’ll feel them all night long,” he said.

That’s the fictional version of the first night Simone de Beauvoir spent with Nelson Algren at his tiny apartment on 1523 West Wabansia, off Division in Chicago (since demolished to make room for Kennedy Expressway).

Just imagine, one of the French legends of the existentialist trio of the ‘50’s and the ‘60’s consisting of Simone de Beauvoir, Jean Paul Sartre and Albert Camus, transplanted from the sophisticated Cafe Les Deux Magots  of Paris to what was becoming to be the seedy near north west side neighborhood of Chicago’s Division Street at the intersection of Ashland and Milwaukee avenues, popularly known as Polish Triangle, sitting with Algren and some of his friends in what she describes as a “dreary cafeteria”.

But Simone had fallen head over heels in love with this rogue American writer of down trodden and desperate of the underworld. The contrast couldn’t have been any starker – already acclaimed as the writer, philosopher and the bon vivant of Paris literati socialites  – who would go on to write the sensational and ground breaking The Second Sex –  (Le Deuxième Sexe) considered to be the beginning of the second wave of feminism. By then her prominence and popularity had reached the pinnacle not only in France and Europe but also across the Atlantic, that  soon after the end of the second World War, Simone was invited to give a series of lectures in the United States on her work and the philosophy. As excited and flattered as she was of the recognition and the invitation, she was still unsure and apprehensive about crossing the ocean and step into the unknown. She took her time. Actually several months before accepting the invitation after being repeatedly prodded by Sartre, Camus and their other friends.

During her brief visit to Chicago Simone had encountered Nelson for a day and they had parted with a perfunctory kiss. The one she remembered as she was on the train traveling to New Orleans. And while reading Algren’s book, she thinks of him and reminisces: It’s ridiculous! At my age!” But like virgin’s, my mouth still tingled. I had never kissed a man except those with whom I had slept; and each time that shadow of a kiss flashed through my mind, it seemed as if I was going to rediscover burning remembrance of love in the deepest recesses of my memory. “I will come back,” I said to myself decisively.

And come back she does. While she is still on her American tour. Just for “four days” and then stays for as many weeks. On their first day together Algren shows her around Chicago, including the County Jail and the Electric Chair. This is the night they leave her suitcase at the hotel room – come home and make love for the first time.

She returns to Paris and resumes her normal life. A little over a year later, she boards the plane in Paris and thinks: There is Chicago, I would once more rediscover myself in the body of a woman in love, a woman loved. It’s a long journey. The plane takes her to Athens and then to Shannon in Ireland and Azores and to Nova Scotia – finally landing at the Chicago Municipal Airport (later renamed Midway Airport after the Battle of Midway).

Not knowing when she would finally arrive, they have agreed that she would grab a cab from the airport. I am as much intrigued as I am fascinated imagining Simone de Beauvoir in the cab, cruising along north on Cicero Avenue, the cab turning right on Division and then she doesn’t remember the exact street address. It is when the red sign Schlitz flashes off a local tavern in front of her eyes – something she remembers having seen the time before and then she knows. Probably it was a different sign, but at the time, Schlitz Brewery and it’s “Tide House” were prominent on Division Street. Designated Landmark, the building still stands at the corner of North Wood and Division, complete with Schlitz belted globe at the center of its top gable, which is now the home of Mac’s American Pub.

That Simone would seek out Nelson Algren and show up at his doorstep, in itself must have thrown him off kilter and that the relationship would flourish and last for five straight years spanning from 1947 to 1951 is by any dint of imagination astounding. It would be Simone traveling to America  and staying with Nelson several months every year in Chicago and then his cottage on Miller Beach in Gary, Indiana.  During one of her visits, they together also traveled to Mexico and spent there several months. And of course their relationship took Nelson to Paris many a times. Not only was he warmly welcomed by, but Sartre even translated two of his books into French must have seemed to Nelson so out of his elements and bizarre that for a long time he probably didn’t even realize what hit him. Even after their amorous escapades ended in 1951, they would continue to write to each other up until 1965 is all so incredible.

Up until then, and even now, you couldn’t well think of Simone de Beauvoir without thinking of her exceptional life-long bond with Jean Paul Sartre – winner of the Nobel Prize in  Literature and one of the most prominent figures of the philosophy of existentialism and phenomenology. More than or as much as their literary achievements, Beauvoir and Sartre will always be talked about for their “open relationship”. Never married to each other, they together challenged the socio-cultural norms they grew up with – considered monogamy to be bourgeois – they had multiple affairs and liaisons all through their lives, including Simone’s several dalliance with other women – all out in the open, and they would tell each other everything. And the ultimate bond between Sartre and Beauvoir was so solid and well defined that they together had purchased the neighboring plots and had willed eventually to be buried side by side – which they are in Montparnasse cemetery in Paris.

Of course, it all must have bothered Nelson a lot, but Simone must have somehow managed to hold him in her thrall while herself continuing to be smitten by Nelson and yet never ever giving up her independence or leaving Sartre must have finally hit him hard. While Simone was an open book, in which she turned every experience, every liaison, every nuance into her writing – in which most of her writing is autobiographical somehow snuggly fitted into the frame of their existentialist philosophy. Her Prix Goncourt (the highest literary honor in France) winning The Mandarins prominently features Algren as the American writer Lewis Brogan, is dedicated to Nelson Algren.

There is nothing Algren has written tells us anything about himself. While you can tell from his books that he is a keen observer of people and their nuances and speech – in his narration there is never an “I”, probably with only exception of his prose poem, CHICAGO: City on the Make. When you look at his photos – the only expression you remember of his face is “brooding”. We can only speculate about what he might be thinking in his reticent professorial demeanor. In the end he was a product of America’s down home Midwest. Born in Detroit, Michigan and transplanted to Chicago as a child, underneath his macho and tough façade of which Simone has said he was not merely as tough as he would like you to think. And there you have it. His values by and large had to remain mid Western and mid-American middle class.  Or what his French lover and her life long partner had summed up to be, bourgeois.

Because what he would have of course liked was to have a conventional relationship and be married to Simone, her moving to Chicago and them living together happily ever after. But as his friend and writer Stuart McCarrell puts it: She knew it wouldn’t work. I don’t think it would have lasted six months if she had married him and moved to Chicago. It was utterly impractical what he wanted her to do – an everything or nothing proposition.

Finally realizing and even turning sour on his longest lasting love, Nelson began to feel that Simone sold him out by writing about their relationship and their sexual antics in minute detail, that during an interview he cried out: ‘procurers are more honest than philosophers. She must have taken notes every time we made love.’

No matter how their relationship eventually ended or didn’t, the story of Simone and Nelson’s  trans-Atlantic love affair has become as much a part of Chicago and it’s neighborhood as that of Hugh Hefner’s, and Carl Sandburg’s and Al Capone’s. Still fascinating after seventy years!

One thought on “AN IMPROBABLE LOVE STORY”